Machine Guns For Sale
0 Your cart: 0 Items - $0.00
Close
Login
You can login using your social profile
Paste the shortcode from one of the relevant plugins here in order to enable logging in with social networks.
439 MAIN ST, WALLINGFORD CT, 06492
sales@machinegunbrokers.com
Open hours: Mon - Sat 8.00 - 18.00 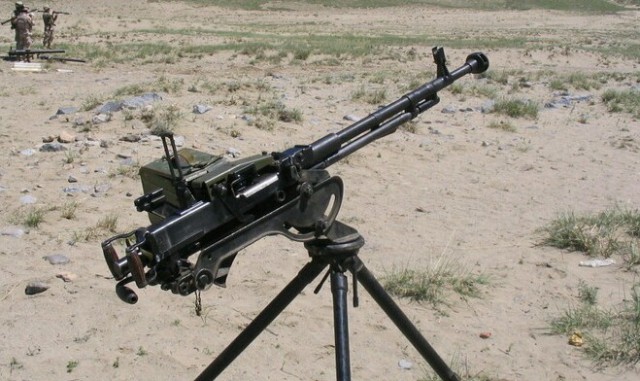 The cartridge that is fired by this heavy machine gun is 12.7 x 108. It often has an armor plate shield and is mounted on wheels. Vasily Degtyaryov came up with the design, and Georgi Shpagin improved the cartridge feeding system. Sometimes the name is altered to become Dushka (beloved) by adding letters.

The Red Army’s primary machine gun during World War II was the DShk 38. It had a low rate of fire and could only be fed 30 rounds.

The machine gun may perform a variety of tasks. It might be an anti-aircraft gun that is truck- or tripod-mounted. It can be installed on ISU-52 self-propelled cannons, IS-2 light amphibious tanks, and other vehicles. It looks like an army support from a trolley.
The DShk has been almost entirely in Russia by modern designs such as the NSV and Kord. Nevertheless, it is still widely used by China, Pakistan, Romania and other countries. 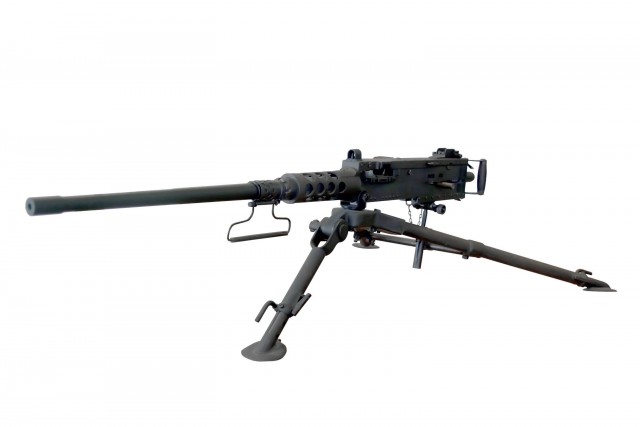 The M2 Browning is the official name of the.50 caliber machine gun. John M. Browning created the prototype in 1918, shortly after World War I and as trench fighting was coming to an end.

More than 3 million machine guns have been created since the invention of the machine gun in 1921. A wide range of businesses, including General Dynamics, US Ordnance, Manroy Engineering UK, Sabre Defense, etc., are now producing machine guns.

A back plate with a spade, trigger, grips, and latch release makes the M2 portable by a crew. In addition, the weapon has a spare barrel assembly and flash suppressor, making it portable machine gun as opposed to other heavy weapons.

Another Soviet design is the RPK, also called the Kalashnikov. It was created by Mikhail Kalshnikov in the late 1950s. Some African and Asian states as well as the forces of former Soviet Union members still employ it.

Due to the barrel’s heat, the hand-held RPK74 can fire continuously for extended periods of time without losing accuracy. This is due to the lengthy and heavy chrome-lined barrel. It cannot be changed on the field because it is fixed. Near the muzzle, there is a bipod as well.

Because the muzzle is threaded, accessories like compensators, blank-firing adaptors, and flash hiders are possible. The muzzle threads may be concealed while a muzzle device is not in use.

Since the end of the 1970s, the American Armed Forces have used a series of medium machine guns known as the M240 Bravo or simply the 240. It is belt-fed, gas-powered, and fires 7.62 x 51 mm NATO rounds. It is commonly used by firearm makers, as well as by boats, aircraft, and cars. It serves as the standard medium machine gun for select Army and US Marine Corps units. The weapon system is used by the Navy.

Despite being heavier than similar machine guns, it is regarded as reliable. It can discharge the majority of 7.62 mm ammunition and is fed by belts that are disintegrating. Variants vary in weight and characteristics. For ground combat, the M240B can use a buttstock and bipod.though it can also be used on a tripod, on vehicles, aircraft and water vessels.

This is a Mauser machine gun and uses the Mauser cartridge (7.92x57mm) and is suited for general-purpose. It was created in Nazi Germany and was heavily used by the Waffen-SS and Wehrmacht at the end of World War 2. It was initially made to replace the Mg-34 as it was cheaper to manufacture as well as quicker to make too, but in the end, both machine guns remained in production throughout the War.

Why the M240 is the US military’s best machine gun